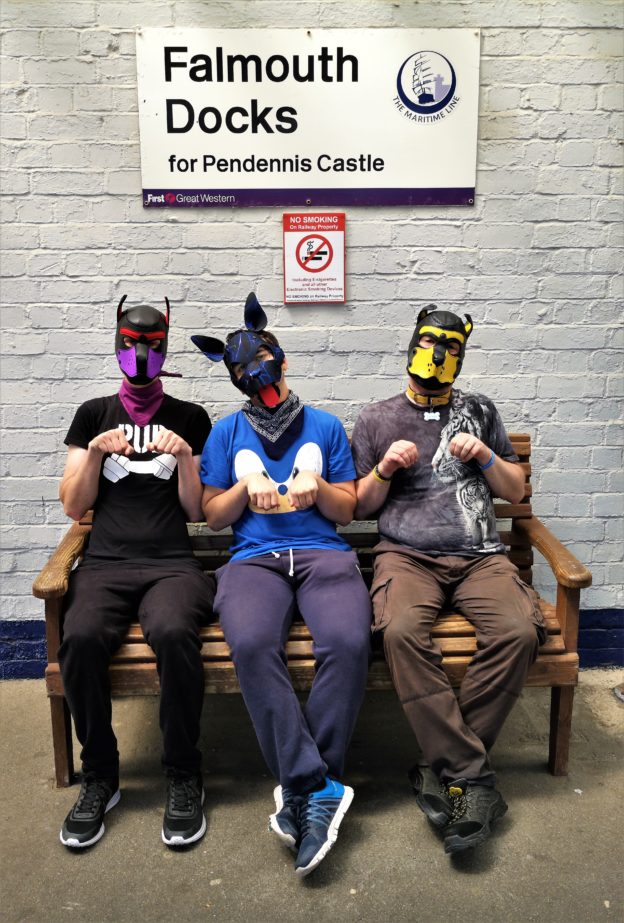 Once the day out in Falmouth for Hedgie, myself, Echo, and Sparky had been completed, we walked to Falmouth Docks station. When we got to the single platform station, we found it deserted having only missed a train by about 10 minutes. So we had a bit of a wait. As the station was at the end of a cul-de-sac, there wasn’t much going on. So we waited patiently after getting our photos. We were eventually joined by a chap who was not having a good day, needing to get towards London and being on a tight deadline. He did something I’ve never seen anyone else do at a station before and that’s use a help point (other than to see if it worked). He calmed down when he was given a schedule that worked within his time restraints. Not too long after that drama resolved itself, the train came and soon we were being whisked away to our next station stop.

Condor isn’t the only one documenting their station pupping activity.  Other pups are doing it too, with their own blogs.